AT LEAST THEY'RE NOT BOMBING BARCLAY STREET

more bee gees
It’s 4:40 AM. I’m riding the elevator down to my vehicle. Work starts soon. I make a mistake and look up at the TV screen in the elevator.

Story 1: A lady died in a car accident in Saskatchewan.

Story 2: Some kids died in a house fire in Ontario.

I arrive at work. We open the door to our workers at 5:30. Colin, approaches the counter. He’s reading a paper. Four people are standing at the counter. Colin decides to share what he’s reading.

“Did you hear about the 3-year-old in (insert country here) that was eaten by a lion.”

“What the fuck is wrong with you? What made you think to share that? How is anybody supposed to be happy?”

That evening I go out for a few pops. TM, a somewhat loud lady is at the bar. She says hello. She then begins to dump every bit of her life misery on me. TM's background is Greek. A friend named Chris approaches. He’s Greek as well. I introduce them. They begin talking about Greece. TM loses her mind and begins blaming every problem in Greece on Syrian refugees. Chris suggests a corrupt government may be somewhat responsible. Chris checks out of the conversation.

TM, loses it more, she turns her intensity toward me.

“You’re a lousy friend. When I needed you most you weren’t there for me. I was in the hospital. You never visited. You suck as person. You’re a pussy.”

I check out of the conversation. I’m certain I’m not a pussy. She was in the hospital, I think. I also think, maybe we’ve shared – well, she shared, her last putrid words with me. I’m okay if that’s the case.

Two weeks later she phones and asks me for a substantial loan.

My friend Chuck is a caricature of himself. He’s in his 70s, I think. His mind is slipping. He’s cantankerous. He likes to give me gifts: A jar of change, chocolates, powerful fridge magnets; and random... whatever’s.

Occasionally, he gets angry with the staff at the watering hole and disappears for months. Sadly, every time he does, I think it may be his last. Chuck weighs – maybe 100 pounds. His mind is slipping.

I sit beside him. He’s happy to see me. He asks me how my son is doing. I don’t have a son. His words remind me of my father.
​
TM comes in. She sits to Chucks left. A week before this day I had gone to say hello and goodbye to my mother – she passed away the day before.

I tend to keep things to myself. I do this because, unfortunately; some people, maybe most, don’t know how to respond, they don’t know saying nothing is okay. And, when life is issuing challenges, sometimes the ones you confide in drop the ball.

“I met my mother for the first time as my mother last week. She died, yesterday. I’m a bit off.”

“Lots of people come from dysfunctional families.”
​
“You know, that didn’t make me feel any better.”

Sometimes my silence is because a 3 year old was eaten by a large cat.
Back to TM:

“I must apologize to you. My behaviour a month ago was bad. I was in a bad place; medical problems. I’m sorry.”

For the next 35 minutes she dropped every ounce of her family frustration on me, mostly about a brother-in-law who doesn’t like her. Her words aren’t lifting. I’m sure this story isn’t, thus far.

Chuck turns to her and barks.

“Don’t you have anything fucking nice to say?”

Chuck turns to me. He’s sporting a wry grin. He reaches into his pocket. His eyes are gleaming.

“I got a shipment in today. Do you want one of these – I have ten?”

He pulls his hand out of his pockets and he presents to me – toenail clippers.

TM doesn’t like the attention shift. The moment of relief stops. She speaks over Chuck.

“Lindsay, I need to ask you a favour. Will you be my medical guardian? I know if I was ever in trouble you wouldn’t allow them to pull the plug.”

Funny, we’ve been talking for 40 minutes; she had yet to ask me how was doing?

“Lots of people come from dysfunctional families.”
​
Two weeks later my youngest sister-flip-aunt – sisaunt Bev, is scheduled for open heart surgery. Her daughter, a niece-flip-cousin informs me of the news. She reaches out to me. She’s feeling lost. I try to offer strength and comfort.
Backtracking several years, my niece-flip-cousin, Allison, my youngest niece-flip... comes out to Vancouver with friends. She reaches out to me. She wants to see me. Shamefully, I push her away – my dysfunction sees to that.

I’m out for a stroll with my friend Jay. Robyn, Allison’s older sister phones. I don’t answer. She leaves a voice message. Her voice cracks in the message. I phone her back.

I began to cry. I tried to remain strong for Robyn. I think I failed. I know I failed Allison by pushing her away.

Robyn asks me to speak to her father – my oldest brother-flip-uncle... bruncle. We haven’t spoken for 12 years. Family darkness and our stubbornness are to blame.

I can’t recall the conversation. I know I didn’t say much. When the call ended I cried.
At first Bev’s surgery is a success – in early December success pivots. Bev's condition begins to deteriorate. Aimee keeps me appeased.

In the meantime, as the year is winding down, many people, and the media are painting 2016 as a horrible year – and I can’t help notice the reason appears to be because of the deaths of celebrities – and  because Trump won the election.

As much as the deaths of celebrities saddens me somewhat, as much as Trump wining horrifies me, I find these reasons to be unfathomable benchmarks for whether a year is good or not.

Aimee calls to tell me they are meeting with her mother’s doctor on Tuesday. I assume, from Aimee’s tone; a decision about life support is being made.

I feigned strength as I struggled for air.

At work a week later, a worker approaches me.

“We should all have the day off with pay to mourn the death of Zsa Zsa Gabor.”

The comedy of the statement escapes me. I look directly at him.

“My sister was taken off life support a few days ago.”

Three days later, December 21st – I’m out with friends – trying to stay ahead of my emotions. Aimee messages me. Bev had just passed. My emotions catch me. Tears began pouring out of my eyes. A good friend hugs me. I’m lucky.
​
Christmas is here. I host a dinner for a collection of 16 unique characters – an annual tradition – 30 was the max one year. The night is a success. My emotions are checked. I feel warmth. I’m lucky.
​As the year winds down I wonder if I’m okay. I believe I have my emotions in check. It would be easy to be mad at 2016, on countless fronts. Losing lives from your life regardless of how fractured relationships have become, is taxing, to say the least. I often wish the paths away from each other in families, parts of mine for sure, weren’t so lost in a shroud darkness cast upon us by ridiculous societal, and in my families case, the religious judgement of decades ago.

Mine may be letting re-connection drift away – maybe it’s only me – I can’t spend too much time worrying about it. Decades are passing by.
​
And, besides, Trump won – I can stop looking.
I’m sad about my family. The year has been difficult on that front – at times devastating. Sharing, through writing, helps, it helps clear my head, it helps me find good in times of intense stress.

I don’t regret my life.

I have accepted: I’m a kind man.

Life keeps moving and every day shapes me into the man I’m becoming. I’m not angry at the world. I don’t think 40 years ago were better.

I have love in my life.

I have wonderful friends.

My health is for the most part good – I did let some of the stresses get to me which led to some less than healthful eating choices – an easy fix.

Tragedy gifted me a hyperawareness about how to treat others because you just don’t know what is going on in another person’s life, and frankly, nobody wants to hear a long story about your cold, or parking ticket, or why you hate bike lanes...

Spiritually, I strive to be kind, at times my competitive nature fails me, and my opinion needs to be tempered, only occasionally... I don’t do boring well, having an opinion is good, regurgitating a story about a hungry cat... not so much.

Back at the watering hole I overhear a conversation amongst a friend and the patron to his left. My friend is trapped in, way back when things were much better.

“Thirty-five years ago I had a toaster that was made in Canada. It lasted 10 years. We don’t make anything anymore. Everything nowadays is garbage. Blah, blah, blah... We need a war so we can start manufacturing things again.”

I opt out of joining the conversation. I turn toward a friend we, maybe just me, call, 2G.

“I think the world is a pretty good place. I know it’s not for all. Maybe I’m naive – but for us, it sure is.”

The conversation about the past continues. I do my best to block it out.

“2G, I saw on the news today these stories back-to-back: Aleppo being bombed to pieces – commercial break – then a story about how traumatized children in North America are because their Hatchimals failed to hatch – to the point of writing letters to the toy manufacturer to demand an explanation, mind-boggling. We have it pretty darn good. We’re lucky.”

To which 2G so aptly replied:
​​
“At least they aren’t bombing Barclay Street.”

If 2017 deals you challenges – try to give more love as you work your way through them.

In the background I hear the voices wishing for longer lasting toasters. I laugh. The next time I hear the pain, I think I will calmly state:

“We can now tap to pay. How fucking great is that!”


I’m lucky; I have powerful fridge magnets on my fridge!

I’m lucky; I have powerful fridge magnets on my fridge. I smile every time I look at them! 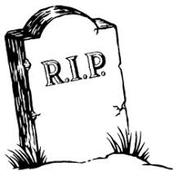 FORWARD TO HUMANITY + RACISM
back to "i think" menu