Can anybody help me out; I haven’t been able to find any news on the following:

1. Have the manufacturing jobs returned to America?

2. Are the voices of the people finally being heard?

3. Who exactly are the forgotten people — and what needs to be done for us to remember them?

4. What is this Movement I keep hearing about all about? Apparently, it’s historic.

5. What’s the difference between righteous people and righteous public?

I must admit I did enjoy:

“Rusted out factories scattered like tombstones across the landscape of our nation. An education system flush with cash, but which leaves our young and beautiful students deprived of all knowledge (what about the not-so-beautiful ones). And the crime and the gangs and the drugs that have stolen too many lives and robbed our country of so much unrealized potential. 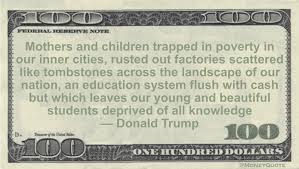 When the manager said to him "Sir (he said sir to a masturbator LOL) you can’t do that here."
​
Sir simply replied, “Why not?”
6. Back to the factories: When the long-gone factories return, will the automation that has replaced workers; have to be American made?

7. What is America going to win?

8. Winning implies someone will have to lose; who’s going to lose — I think what I was hearing: it is now America vs. everyone; am I wrong? I hope the game goes into overtime!

10. Is welfare simple or complex — is nobody on welfare anymore — has everybody returned to work?

11. How do you bring back dreams? I had a dream last night. And, the night before for that matter. I don’t want them all to come back. Especially, the one where topless women were tossing men wearing rugby pants off the roofs of parking garages.

I think for the month of February I am going try not buying anything made in America.

I Googled crazy guy from Celebrity Apprentice and the top story was about Gary Busey. I love you Google.

13. How can #12 be followed by: “We will seek friendship and goodwill with the nations of the world..?”

14. “We do not seek to impose our way of life on anyone…” What country was he talking about?

Paraphrase: “Hey BMW, if you don’t build your cars (German Cars) in the USA instead of Mexico — we will slap tariffs on you"  so that the only people who will be able to afford BMWs will be the rich. No more BMWs for the forgotten.”

15. Has radical Islamic terrorism been eradicated from the world?

16. “When you open your heart to patriotism you’ll…” Doesn’t the single mother in the ghetto have other things on her mind?

17. “The Bible tells us how good and pleasant it is when God’s people live together in unity.” Is the Bible only for Americans; and how does winning factor into “pleasant — together — unity?”

18. What does “America is unstoppable” mean? Who, the bleep, is in the way of America?

22. “We stand at the birth of a new millennium, ready to unlock the mysteries of space, to free the Earth from the miseries of disease and to harness the energies, industries and technologies of tomorrow.”

24. When do millenniums start? Confused

25. “…whether we are black or brown or white, we all bleed the same red blood of patriots.” He is okay with minorities when they are bleeding?

28. “…they are infused with the breath of life…” I just puked. Was he talking about children or vodka?
​
Live from… 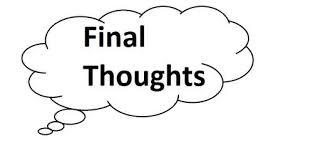 The new Education person, Devos, I think, believes guns are needed in school to protect the kids from grizzly attacks. NOT MAKING THAT UP 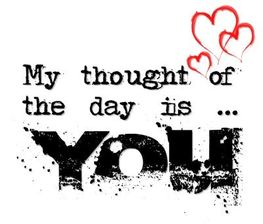 I just turned on the live feed of the rallies against Trump: MR. DJT take a peek at the crowds. That is what America really looks like. Wait. These rallies are around the world!