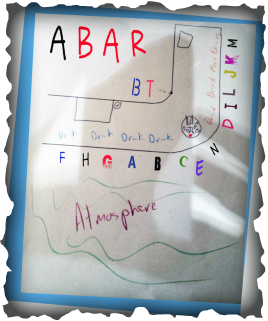 Newton Faulkner - Dream Catch Me
Despite the drama, when one visits ABAR they will find a delightfully diverse group who for the most part are just trying to get through their days with a little social interaction and laughter. Without question, ABAR fills with laughter on most nights.

ABAR is family. Everyone is welcome. Everyone evolves, at different paces; of course.

NOTE: The character mix at ABAR is fictional; any resemblance to anyone living or dead is purely coincidental.

Don’t forget to pick up your ABAR t-shirt.

THE ART OF HUMAN INTERACTION