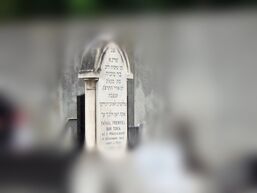 MORE WRETCH
It has begun to pour down rain. Pelting me. Drenching my 12-year-old frame. I’m standing on the corner of Stephen Avenue Mall and Centre Street. A haggard-looking man is staring at me from across the street. What am I doing here? I’m a fucking mess. I’m 12—so, I guess I shouldn’t be using profanities.

Did I say I’m alone?

I glance across the street; the dilapidated man is stumbling toward me. His eyes look strained, veiny roadmaps retreat into his skull. My heart begins to pound. I don’t know where to go. An hour ago, I sat on the couch of my older sisters’ apartment. Alone with my oldest sister Bernice. We rarely spent time together. Quality time, never. Bernice was railing on our father. She kept saying he wasn’t a good man; he was a hard man. I didn’t want to hear it. I needed to escape. Calgary is a big city. If I could make it to the elevator, I could disappear from the noise. I could return to my childhood.

I froze on the corner, unable to move, rain washing away my tears. The man picked up his pace. He stopped in the middle of the intersection and vomited on the street. Not to be deterred, he kept traipsing toward me. Puke dripped down the front of his tattered clothing. His eyebrows were bushy, nose warted, his grill gapped with missing teeth.

I needed to move, to escape once more. I turned up 1st Street, paused and looked back, I saw a filthy broken, callused hand, dart out and grab the corner of the building. It pulled the vagrant around the corner. I ducked into the Hudson’s Bay Store, riding the escalators up to the third floor. I rushed to the corner where the washrooms were located and retreated to the last of three stalls. I locked the door, climbed up on the toilet, and began shaking in fear. Each time the door of the washroom creaked open; my anxiety intensified. I covered my mouth, trying desperately to hold my breath. Hours passed, then the door creaked open again. I peered out from under the stall. The gaunt man stood just outside. The shoe on his left foot was torn with a hole exposing his big blackened toe. On his right foot, he wore a bag. Tears started dripping from my eyes. He knocked on the stall door. He begged, and then barked at me to come out. I held my breath; the man slammed his fist into the door. I heard the washroom door creak open again. In walked two people. They were talking about work. I burst out of the stall.

Excuse me. Can you help me? I’m lost. I cried out, my leg shaking in desperation.

I didn’t know how to reach my parents. I told them where I was staying: With my sisters, they lived on 4th Street and 4th Avenue on the 22nd floor.

Son, you shouldn’t be out alone. I’ll walk you home.

44 years later. I’m back in Calgary. This time I’m at my mother’s deathbed inside the Peter Lougheed Center. I’m alone. I’m saying hello to Bernice for the first time as my mother + goodbye because her time is running out. I say hello. She begins to cry. Suddenly, the tears stop, and she starts railing about her father. She says he wasn’t a good man. He was a hard man. I don’t want to hear it. I want to escape. When the time to go arrives, I gently kiss her cheek and give her my love. I walk away. I glance back. Her eyes are bursting with tears. Her voice quakes.

I’m never going to see you again, am I?

The answer is yes.

I had arrived at this day by accident. I discovered while renewing my passport, I was a secret baby, born in a secret place. A reality I was never supposed to know. I watched my parents die—they weren’t my real parents—Bernice became the uncovered secret of my mother. My father, an unknown story, where he came to me, and figuratively, left my life a second time. My family lived a lie their entire lives, so, for them, nothing changed. For me, everything changed.

My family, likely never understood, how difficult it would be to ever come together again, simply because my mother might be there. How could I possibly find the fucking strength?

Take a moment and let the last two lines sink in for a moment.

Could you imagine. "Could you come to my wedding, Christmas, memorial service?"

"Will I be meeting my sister as my mother for the first time?"

The truth is my curse. As much as I needed to escape from Bernice’s despair, I’m not allowed. The truth haunts me, it always will. My family is gone, I’m no longer part of them. It saddens me. But, as they say, it’s just what it is. I’m older now. Should it even matter? I don’t know how a re-connection would be possible or if there is a point?

I’m not mad. Sad is the only honest emotion. I feel for others who’ve been products of lifelong lies. I understand the pain of finding out the truth + the emptiness of being a secret cloaked in perceived shame.

In 2003, I discovered my truth. At first, it was debilitating. As the years slipped by, it became manageable—bearable is a better word. I met my father—he wasn’t—my mother had lied on my birth record.

I wrote to my sisters (aunt + mother) asking them if they could help me with the identity of my father. If only for medical reasons. I stressed; I didn’t want them to relive a turbulent past.

My letter fell on deaf ears.

I asked my mother again alongside her deathbed. Her reply was, "at least, it wasn’t that asshole." The man she listed on my birth record.

She died a week after my visit.

A year slipped by. My pain began to wane.
​
I checked my mailbox on the way to work. An envelope had arrived from an insurance company—I cracked it open—there was a note attached.

That’s the first time Sadie ever used the word love toward me!

I kept reading. I’m the beneficiary of an insurance policy for my mother. I began to cry, overwhelmed with grief, the tears rolled down my face. I wasn’t nothing. She acknowledged my existence. She’s making amends from the grave.

My mind raced. More tears exploded from my eyes. An insurance policy. I don’t care about money, but wouldn’t it be nice if it was to the tune of $50K or even $100K?

When I got home that day, I further inspected the policy. My name wasn’t listed on it. Instead, it stated that in the case, my mother had a child, this policy would be payable to the child. I’m the child. Included in the envelope was my mother’s Will, scratched on several pieces of paper. Barely legible. In the Will, my name was once again absent. A knife turned in my stomach. The Will stated everything she had was being left to her sister Sadie. At least I was being (remembered) by insurance.

I called the insurance company to inquire about what I needed to do to collect. I asked them how much.

I’m not fucking selfish. The pain returned. My name wasn’t listed on the policy or in the Will. I felt sick.

Another year slips by. I’m still trapped inside this story. Albeit, the pain is lessening. My life cards have been challenging, I’m up to the challenge. I write a book. My sister/mother passes away. My niece/cousin passes away. My youngest sister/aunt passes away. I suffer a catastrophic stroke. I remain strong. I press on with my past grabbing at my shirtsleeves, pulling me toward darkness. I trip, fall, get up, move on. I don’t look back; I can’t keep looking back. My mind begins to reset. I’m loaded up on toxic medications. I share a story about the stroke on Social Media. A family member notices and tells me that’s not the place. I haven’t heard from that family member since.
​
My life becomes littered with prescriptions and doctor visits.

​TIME OUT
I’m generally a positive, upbeat, deliciously funny individual. Who says deliciously funny? I’m loaded with compassion and empathy. I know not to judge people except for how they behave in my presence. I’m kind. I’m giving. The reason for this Time Out is to shout out this is not a story of ‘woe is me.’ It’s a story about my reality. It is a story coddling those who’ve faced similar heartaches, screaming out: It’s okay, you can survive.

It’s been almost 3-years since my mother died for a second time. It’s been 1.5 years since the insurance. I visited a Specialist. A regular visit. He wanted to show off a new machine. A machine that scans your insides to assure all is well. He encouraged me to get scanned. I’ll call you if the results are troubling. I don’t expect they will be.

The next day the phone rang; the results were troubling. I’m referred to another Specialist.

The Specialist tells me I have nothing to worry about. The results, although troubling, were likely in error. He sends me for more tests to confirm his beliefs. I visit a Phlebotomist. The professional vamping my blood tells me it’s her first time + she’ll be taking 15-vials. I express my hatred of needles. I tell her she’ll likely hear those original words often in her career. My blood is extracted.

I calm. I look directly at the Phlebotomist and in a soothing timber, say, “Do you know where I can get some heroin?”

She glances back at me, sporting a confused look.

I visit another lab where they do an ultrasound of my insides.

I return to the Specialist. He tells me my liver is fine. It’s nothing to worry about, but--

“You have a genetic deficiency that has been passed down from your parents. Your body isn’t producing enough of an important protein. I’ll need to run more tests to decide our course of action.”

“Is there anything I should do in the meantime?”

“I don’t want you to worry. Eat healthily. I’ll see you again in January.”

I left his office with a requisition to give more blood. On the requisition, it is stated clearly what my condition is. It also tells my serum levels. I foolishly Google.

I’ve been crying on my drives to work every day since. Google did not contain alternative outcomes for what the Specialist is trying to confirm. One heading on a Googled page destroyed me: Life Expectancy. I searched for a second, third, fourth, fifth, opinion. They’re all the same. The number listed is one higher than where I currently am. I’m fucking terrified. I don’t know who to tell.

I will eat nutritiously.

Just as the pain of family is becoming manageable, from the grave, my mother tugs on my shirtsleeves, haunting me, reminding me that my name never appeared in her Will.
​
All I ever did was be born.