JUST DON'T STEAL + I'M NOT CHINESE WHEN I DRIVE

more talk talk
DF, is usually the first into the office.

This Monday was no different. DF, often tries small talk, as a way to...manipulate...us... his managers.

Constantly asking us about our home life – fishing for special treatment with questions about the weekend, mostly nothingness masked as interest.

​Hey, DF, do you write the answers down?  ​
​
Maybe I’m just short with the mundane on Monday mornings.

DF, how was your visit with your family this weekend?

One would think a simple question.

I didn’t get to see them much. The bus took 14-hours. It broke down.

The trip should be only 5 hours Google says.

Yeah, 14 hours, stupid Chinese driver, the bus broke down, he tried to fix it himself.

Okay, DF, how do you know the driver was Chinese? Can you tell the subtle differences between Asian cultures? Fuck.

​How do you know?

​DF, wow... did you know when I make a bonehead driving manoeuvre, I’m not Chinese.

I don’t think he understood.

WC is selected for a job. The job is literally two short straight lines from the office. About 30 minutes transit time. He is given a map. He’s taking a bad path in life.

2.5 hours later, he returns to the office.

I couldn’t find the site. 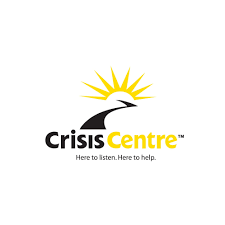 WC signs in for work. He boasts to the dispatcher that he got laid last night. I hear his bluster from my desk in the back office. I hold my opinion to myself.

He’s selected for a job. He’s driven to the site.

One hour later I answer the phone. The voice on the other end is pissed. WC disappeared from the site.

I hang up. I’m pissed. It’s time to cut WC loose – he’s doing more damage than good.
​
He’s been employed for one month and his record is being swallowed by restrictions.

WC signs in for work.

Maybe this isn’t the right fit for you. I don’t think we can employee you anymore.

It’s not my fault. I told you I don’t like digging.

You need to look for work elsewhere.

I leave the back office and move to the counter.

Here’s the thing WC: I heard everything you said yesterday. Nothing about digging – you bragged about getting laid.

I was just kidding. That’s my sense of humour.

Well, it’s not funny. This is a place of business. Nobody fucking cares about your sexual conquests. It makes you sound stupid. There are 7.5 billion people on this planet. You’re not the first to get laid. You’re boasting is childish and boring.

I don’t care. You’re an adult. We are about to end your employment. I’m not sure where lower will be for you.

That’s not where you are now. I don’t know what issues you have going on in your life. I hope you get help. But if you keep fucking up, down is your only direction. We find you the work. It is your job step through the door we’ve opened for you – work – impress – make things better for yourself. Every time you fuck up, you make our jobs tougher, and you screw others out of work because we lose clients.

I return to my desk. The phone rings. A new client orders – 2 workers.
​
WC is selected. He works the full day. He’s asked back on Friday. 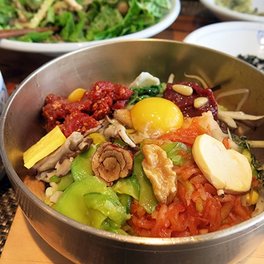 WC comes in for his repeat. He's boast free.

I hope we don’t have to fire him next week. I hope the weekend doesn’t erase the insights he gained through tough love.

SJ needs a ride. We’re down a driver. I pick up the slack.

SJ’s speedy. He kicks his conversation into gear.

He stopped to breathe.

May I offer you a suggestion?

Just don’t steal. Not stealing isn’t something to be proud of.

Since you put it that way... can you stop somewhere for me to get a coffee?

SJ began to slow down. His coherence was beginning to wane. Randomness began to control his words.

SJ exits the store. He stumbles toward the Explorer. He veers right. Three paces later he looks left. Surprise adorns his face. He gets in.

I couldn’t find your vehicle.

Back in the Office

Not today, remember yesterday, I told you I’m having chest pains. Well, I’m still having them.

Go to the hospital. You don’t mess with that shit.

I’m seeing my doctor on Tuesday.

DS, can I make a suggestion? Okay, good. Go to the fucking hospital. Time to wing it: You’re in a tricky demographic. 45 – 60 – is when people drop dead from heart attacks.

I lost three friends in the last few months.

So, you know. Here’s the thing. When we’re in this age range it’s time to cast aside some of the things you did when in the midst of the invincibility of youth. When we hit this age range and we haven’t got a handle on nutrition as well as a sizable reduction in the consumption of vice... tick... tick... tick... not breathing. What makes matters worse: our mirrors have been lying to us for a long time... until the day you realize you’re no longer Teflon. And, those lying mirrors sometimes trick us into trying to get back youth – NOW - by jumping into unsustainable CROSS-ANYTHING... which also lead to fatal... as your heart strains with... Go to the fucking hospital. Don’t add your name to the number count.

He sat in silence.

RJ and IK are in need of rides.

I like RJ. IK, I don’t know. RJ at times unpacks mind-numbing narratives. Today was to be one of those days.

Early in the drive he used the word exacerbated. He used it correctly. This brought a smile to my face.

RJ, that’s the first time that word has been said in this vehicle.

Ten minutes into the ride RJ decided to share things that ravage his esteem.

My self-esteem takes a beating when gay guys hit on me.

When gay guys hit on me, it upsets me. I feel less about myself.

Where the fuck, are you hanging out?

Especially, the ones that won’t take no for an answer... the aggressive ones; why would they think I’d be interested?

If a gay guy hit on me I’d be flattered. I’d know I’m looking good.

Not for me. It makes me feel bad.

RJ, what you are suggesting doesn’t exist, unless of course, you’re in a known gay establishment. Even then... it takes a lot of guts to hit on someone. I am positive the gays don’t aggressively hit on strangers on the street. It doesn’t happen.

Is it okay for guys to aggressively hit on women? Women are constantly bombarded with advances from Neanderthals.

One trillion to one – those are the numbers of times women are hit on aggressively compared to the one straight guy who believes he is so desirable to gay men that the ones with the biggest stones will step out of insecurity to risk safety to... doesn’t happen... okay a trillion times to one. And besides, why the fuck would it impact your esteem? Don’t answer. Evolve.

My esteem also takes a beating when fat girls hit on me. Why would they think I’d be interested? It upsets me.

I put on my Chinese mask. I began guffawing.

US Launches missiles at Syrian air base after chemical weapon attack

The Pres. was horrified by the pictures of innocent children dying after the attack. This horror resulted in action. “They crossed many lines...” he said.

Really... you’re in your 70(s), it took you this fucking long to realize many lines are being crossed every day. {_____} I couldn’t type what I think of him. He disgusts.

Are the surviving children allowed to come to safety?

The world knows your answer. If the world is right: you feigning heartache was shallow. 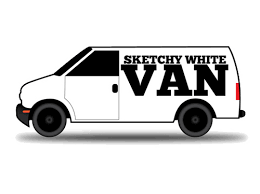