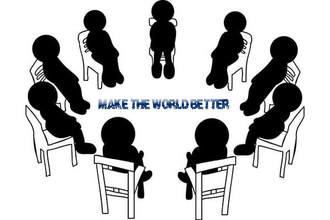 I kneel in support of a better world.

Five white guys are sitting around the bar, at their local watering hole—in Canada.
​
An NFL game comes on the tube. Three of the five are upset.
I cringe.
​
In the USA, the upset is 10,000 fold—despite the athletes repeatedly saying it’s not about disrespecting the flag, military or anything else—it’s about social injustice and making the amazing country, better.
A little over a week ago approximately nine players knelt each week, mostly unnoticed. The broadcasters used the anthem time to—ADVERTISE. Fans, except those in the stadiums, used the time to grab a beer—double dip chips—consume. Few stood with hand over heart while watching a beer commercial, maybe two.

That changed with the disgusting words of one man, a political leader—decided to make it political.
​
Forty-Three was once called “The Decider.” Maybe, Forty-Five should be called “The Divider.”
Shall we sing Kumbaya? Not yet?

Where beer ads used to be on the tube, now, because of "The Divider" —​the anthem is MUST-WATCH-TV. The country is up in arms.
I guess the athletes were given, not earned; where they are today.

Apparently, slavery never happened. American cities were never ghettoized. Opportunities have always been the same for all members of society. I suggest reading: Malcolm X; The Hillbilly Elegy; Lost Girls; or—​
​
In Canada, residential schools and the stripping away of indigenous people’s identities are things of the past—to be gotten over in a generation (maybe a hint of sarcasm here)—as reserves languish behind the times rampant with addiction and little opportunity.
I laugh.

You don't want it to be political. Fighter jets blast over the stadium. Massive flags drape the field, held by members of the military. A military band plays. The military has been spending millions-upon-millions on recruiting since 2009—the NFL is the platform.
​
The National Anthem starts.
I laugh again.

​Please read above, between the laughter, again.

The anthem continues. “The bombs burst in the air.”

What's the definition of being political?

The five guys at the bar in Canada order another beer. They are still white, and still miffed at ungrateful athletes. They claim racism isn't prevalent; it's a thing of the past. One of the guys says he's angry with wealthy Asians buying real estate.

I ask him if it he would be okay if it was Germans.

I try to debate. I have only one voice
​They order another beer. Outrage moves on to a new topic.
​Teams, that until it made the paper; this individual had no interest in—had never been to a game—nor had he followed the teams.
My friend sees no harm. What’s in a name he says?

SFU plays in the NCAA. They are the only Canadian team in their conference.
​
My blood curdles.
The conversation ends.

I flash back to growing up in lily-white Saskatoon (decades ago). Saskatoon is (was?) predominately white; except for a large native population. I hope attitudes have changed. When I lived there, horrific racist views were taboo—making inappropriate comments to an audience that looked just like you—funny, right? Fellow, whites could be knee-walking-bile-puking drunk, which was okay. If a native was seen drunk, "Hey look at the drunken p...t"
​
Comments about other cultures floated through the air:
​A University coach commenting (TV) on his recruitment efforts of a star black running back who was considering a scholarship to a US University: 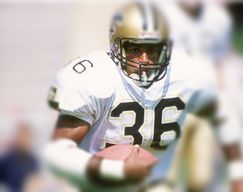 Reuben Mays was the NFL Rookie of the Year with the New Orleans Saints.

And, the most disgusting of all: When I was 12, we had a Siamese cat named Guy, named after Guy Lafleur (hockey superstar).
​Anyway, a family member came up with a nickname for our cat.
I’d often stand on our front steps calling for Guy to come in.

I was oblivious to what I was saying. I can, however; without question say: my family member is not racist. Nor, would I call any of the commentator's above racist. I don't even think they were willfully ignorant.

What I will say: humanity has a long way to go. We can’t blink on racism or injustice.

Maybe taking a knee is not the right protest. It may have created an ugly precedent to be politicized by Forty-Five if they ever stop.

"I was right. Brilliant"

What I do know: silence is not the answer—looking in the mirror and being honest with your self is an excellent starting point.
​
I’ve heard the odd friend scream out, “They’re racist toward us.”
​
The worst I've been called: "Honky" —which had no bite.
The Anthem continues. Two fighter jets blast overhead, at a Saskatchewan Roughriders game. A military recruitment ad plays on the big screen (several times throughout the game).
A new week starts. A political leader opens his mouth—the suffering people in Puerto Rico aren’t grateful enough, the mayor of San Juan is a political pawn for Democrats (according to Forty-Five).

Five people sitting around a bar in Canada order another beer—next topic, please.
Take your head out of the sand. What games have you been watching? 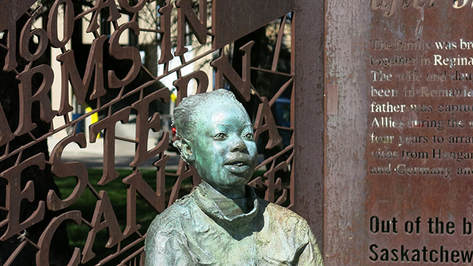 28 QUESTIONS ABOUT THE INAUGURATION