A 43-YEAR OLD MAN, going through the mundane day-to-day realities of life, has his life turned upside down when he accidentally uncovers a dark family secret while renewing his passport. His parents he watched die were not his birth parents. The revelation eviscerates his core causing him to dive into his past in search of his identity. His journey is teeming with debilitating darkness, light-filled discoveries, and is littered with a horde of colourful characters, including David Duchovny, Michael Chiklis and the Dali Lama. ​

A writer nearing age 60, late to pick up a friend from work—forgets his car keys and starts running home to retrieve them, he starts laughing because he is a man nearing 60 running in flip flops. He pauses. He thinks. It’s time to mesh his non-fictitious absurdities with the fiction rattling around in his mind in a series of essays and stories, many of which would leave Kafka shaking his head (in the grave – the only impossible possibility).

PEOPLE WHO WILL BE ASKED

​TO OFFER ADVANCED PRAISE OF 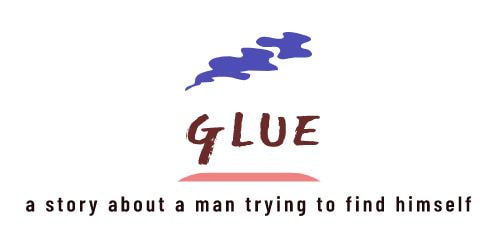 In Glue, like his previous memoir 'Driving in Reverse,' Lindsay Wincherauk has written in his original sarcastic and sardonic style. Glue is heart-breaking and heart-warming – a true rollercoaster.
​
After the preamble, Lindsay attempts to splice his emotions together before he enters his dying birth mother's Calgary hospital room on a pre-winter October 2016 day. The climb is slow and steady as Wincherauk recounts his tumultuous relationship with his family. Glue quickly turns into a rollercoaster riddled with events and experiences. Readers drop into a kaleidoscope of emotions ranging from anger, cynicism, dipping past fear and love to peace. Lindsay gracefully delivers readers into twists and turns with a dose of sarcastic humour; becoming synonymous with his masterful storytelling. Only to climb again as he tries to come to terms with his past and himself as a person. Glue is jam-packed with a diverse range of colourful characters readers will identify themselves within. Glue is teaming with shocking anecdotes. Just as readers find a moment of solace, another turn fires them into a clash of cultures created by a near-fatal assault at a gay bar. Another breath and a corner slams into a life-threatening illness where Lindsay ponders the meaning of his life. At the end of this breath-taking ride, Lindsay must enter the hospital room to accept who he's become in order to allow himself to move on with his life.