HOW TO BUILD AN AUDIENCE USING YOUR VOICE

Writing is painful---it’s “fun” only for novices, the very young, and hacks... other than a few instances of luck, good work comes through revision...”

-Mary Karr (The Art of Memoir)

Writing is fucking painful. It is a curse. If you are worth your salt, you realize every keystroke contains a dose of self-doubt - I suck torments every writer by prancing through his/her, in my case, his (with a unisex name), mind.
​
Writing may be a sickness. It has to be. Humanity is bombarded daily with competing noise for shrinking attention spans. Life has become a TEMPLATE of misery: locally, globally - quickly morphing into numbers: financial, weather, sports - throw in a dash of entertainment – and, if time warrants; a feel good story. 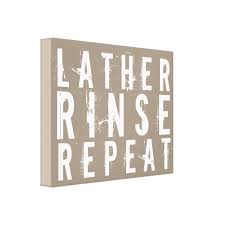 Get me a fucking bucket.

Why would any sane person believe what they are adding to the noise, is worthy of consumption?

Will you buy my book?

More important: Will you tell others about it? 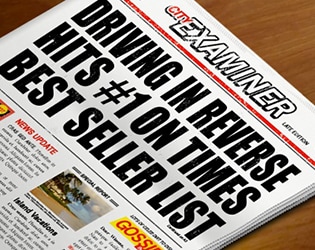 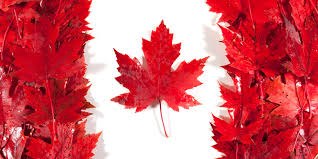 The release date will be announced soon.

My book is about the torments and gems of life. It is much larger than me. It has healed me. It has trapped me in the importance of sharing pain. It is filled with guffaws, layered in the darkness of near crippling comedy. At times, it feels like the last gasp of a mirthful wordsmith praying to find meaning. It is a living manuscript without a clear ending – only tomorrows.

It’s beautiful - that’s not for me to decide.
​
Today’s publishing world requires writers to be part of the marketing process. The game changed. Unless you are celebrity or already established – nobody is going to read you. You must scream out “I’m here” – break down the door – barge your way in.
You must overturn every stone and then blast them through the screen of every potential reader. 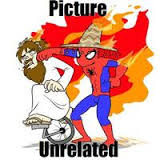 A DINGO ATE MY BABY 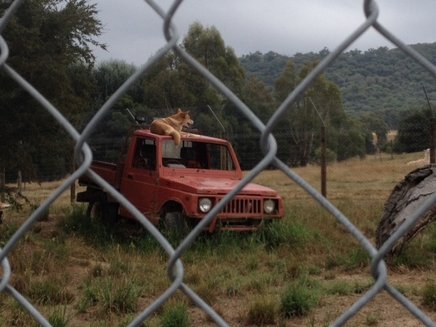 A click of the mouse and I found, the reviewers.

I decided to tap it.

Without much effort, I crafted an email to send to each one of these influencers (incorrect word usage) of captive avid readers.

I began to solicit.

My letter consisted of an introduction, a link to read my memoir’s back cover, an offer to subscribe for a chance to WIN a signed copy, and finally; a request: if they like what they’ve read, spread the word(s).

I received a response.

This is honestly probably one of the worst author requests I've ever received.

I thanked the fucking...

I asked him/her to explain what was so awful about my email.

You said nothing specific about my channel. I don’t believe you watched it.

In the category of Best – 3 books; in the category of Disappointing – 16, this reviewer, out of all the books published in 2016, and in his/her quest to find YOUTUBE stardom, hates 5 times the number of books than hits the BEST column...

I was even sent a link to a YOUTUBER who instructs authors on how to approach reviewers.

For what it’s worth https://www.youtube.com/watch?v=z4UCvGK4WlQ

My first attempt with the YOUTUBERS, failed. I’m certain I will take swing two.

I try to live by a code: Spread kindness (later in this rant, there is a chance, I may sound hypocritical).

YOUTUBE critics, why do you think your tastes are so important that you take the time to create a “WORST” category?

BACK TO THE DEBILITATING PAIN OF THE QUILL 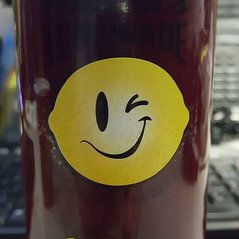 As much as it may be a curse, it may also be a blessing to catch the writing bug.

If you’re inflicted, and committable, I mean: committed to the craft, it can be a beautiful thing. You’re the storyteller. You control the narrative. You influence who loves you and who your narratives’ impact.

Writer’s have responsibilities if they are truly writers.

If they are hacks, thanks internet, while I’m at it, thanks digital cameras and phones for making every fucking person on the planet a photographer – mostly shitty – overloading our senses with minutia while smothering real talent by the need for... 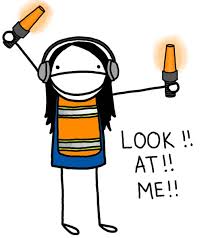 You are the artist. You describe the picture. You control the narrative. You share your voice.

One of my friends wrote a fantasy book. It was self-published. There is nothing wrong with having the balls to self-publish. I picked up a copy. I read it. It was a difficult read. The story was often lost in paragraphs describing the exact same thing in three different ways, in three sentences.

With proper editing the book would be a short story... at most.

I’ve seen my friend several times since. We haven’t spoken about the book. I refrained because my critique would be laced with... well, not sunshine.
​
A second book is in the works my friend told me. My friend says he was pressured by the publisher to release the first book. If my friend asked my opinion of book one, it would be:
This friend writes a blog about writing. I’m not sure who reads it? I have.

His topics have included: technology being an extension of writing; the first time he said “one” word (FUCK) taking several paragraphs to turn “one” into FUCK; amongst other things.

This is your voice, if it bores, goodbye audience; never to return.

When you share on the page and in conversation, with the exception of small talk; if somebody doesn’t want to have sex with you, strangle you, or isn’t a least a smidgen intrigued, you likely aren’t a writer. (Family and friends excluded).

Each time I finish one of his stories, I feel mean. I feel if I share, I will sound like I do in this sentence, a dick.

He’s requested readers to comment on his blog. If I did – DICK would grow larger.
2017

THE WORLD IS IN DIRE NEED FOR A NEW SUPER HERO

COMING OVER THE HORIZON SOON

A NEW HERO WILL APPEAR

CAPABLE OF DROWNING OUT EVIL

NO HURDLE IS TOO HIGH FOR HIM TO OVERCOME

NO CREVICE TO DEEP FOR TO PENETRATE

HE IS A MASTER DEBATER

ABLE TO CHANGE HIS APPEARANCE IN A HEART BEAT

HIS PROBING WAYS CAN PLEASURE THE MASSES

JUST WHEN THE WORLD NEEDS HIM THE MOST (THANKS TO 45) 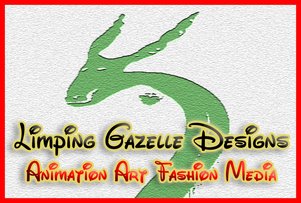 IS PROUD TO PRESENT 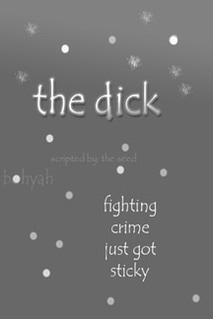 2. IF YOUR STORY ISN'T LARGER THAN YOU - YOU WILL NEVER FIND AN AUDIENCE

If you’re not running from the law, trip, feel a grotesque mushy moisture dripping from your hand, smell a putrid nauseating stink that brings you precariously close to hurling, open your eyes, struggle to focus only to find a mangled corpse staring back at you, scream "FUCK;" and then projectile your lunch – don’t fucking share the story.

If your laptop, phone, whatever... doesn’t explode sending shrapnel blasting through the air... don’t... hit, PUBLISH.
​
If you’re writing a story about how the past was different... snore...

​It took me 6-months to write my memoir while I was working 15-hours per day, 6-days per week, on non-writing jobs. I thought it was brilliant. The story is compelling. I was delusional. The story was lost in a scrambled mess.

32,493 rejections later, I started to accept the manuscript wasn’t ready. 4,000 revisions later and another plethora of rejections, and after a bloodied corpse stared me down with chiseled out eye sockets, fuck, it still wasn’t ready.

I pouted. I revised more. Interest in the manuscript was never the issue. My shitty writing was.

Finally, the interest began to grow. I was assigned a brilliant editor. She loved my work. She found it to be witty, provocative, disturbing, edgy... filled with literary merit.

A year later and another whack of revisions... it’s now ready for mass consumption.

I promise by the end of the read you will want to...

Revision doesn’t mean proofread, proofreaders proofread. Editors act as advocates for the reader. Grammar is important – but if the story fucking sucks – grammar doesn’t matter. You can’t fix boring. What you can do: wait until you have something interesting to share. Don’t share for the sake of sharing. Social Media has cornered that market.

For writers who aren’t part of the lucky gifted non-hack writers where pain is not part of this equation... good for you.

​For writers dedicated to becoming a writer...

...well, another writer friend who knows my book is coming out, approached me.

I'm a writer. Yeah, I’m writing a suspense novel... international intrigue.
​
This is going to pain me, I thought. 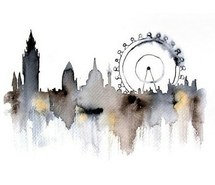 Somehow, me thinking - was his clue to continue.

It’s based in Africa. The story starts in Damascus, in Syria.

You do know Syria is in Asia; don’t you?

I finished my book.

Good for you. But you do realize; you’ve barely started?

No, it’s great. I may even let you read a chapter. I let a friend of 30-years read some. He said it was great.

Is he African? I queried.

I took your advice. I revised my manuscript. All done now!
​
My pain continues.

4. UNTIL YOU COMMIT - DON'T INSULT THE CRAFT BY ANNOUNCING...

Whatever you are in life, as soon as you feel the need to scream it out to the world... you may be nothing more than a hack. 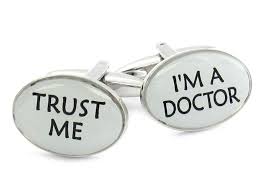 If you are a writer, let your writing tell your story. After all, that is your voice.

IF YOUR CONTENT SUCKS YOU WILL NEVER FIND AN AUDIENCE

If your first sentence in a story is anything like...

I remember the first time I swore and it was on a dare.

... I want to cry, it’s not even a bleeping sentence. After that opening, why would readers read another line, or come back to your site, ever again?

Stop being so fucking lazy, you insult every other writer when you are.

Now, where did I put my camera? 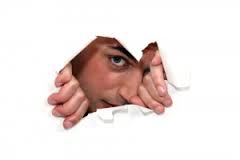