LINDSAY WINCHERAUK
He thought he knew who he was until he found out by accident he didn’t. 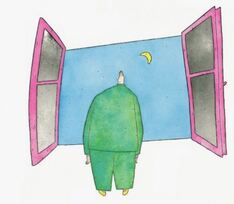 Well, most of that was true, except of course for the Noid. He knows his memoir (Meta) is breathtakingly compelling, filled with unsettling twists and turns, amusing + disturbing family moments, giddiness, and; gripping painful moments that morph quickly into brightness. With every page turned, he invites readers to participate in his life's ride. If the prose falters, he was told to add  gratuitous high-speed nudity, naked, nudity.

Here are the straight goods: Lindsay Wincherauk writes about what he sees—life, and a world filled with the seemingly unrelenting noise spinning around us daily. And, damn it, he sees a lot of life with his one working eye. At times, he leaves normal and trips into atmospheric—a pleasant break from the mundane.
​
Without question: Lindsay can write, if he were to boast, he’s key stroked:
His mother wanted him to be — hmm — he’s not sure. His grandfather wanted him to be — hmm — very confusing — and probably part of the reason writing found him. Instead, he jumped from landscaper (I'm not sure if it's a word), to bartender, to manager, to bar manager, to salesman, to writer, to comic (always), to bartender, to DJ, to insurance salesman, to Best Man (8), to Godfather (5), to pallbearer (2), to bartender, to wedding MC, to hair model, to almost owning a hotel in the tropics, to human resources specialist, to opinion editorialist, to all-round compassionate observational looky loo, to humorist who adds a dash of otherworldly laughter filled spice, all — to most of what he writes, to: SOON-TO-BE-A-DIFFERENCE-MAKING-BEST-SELLING-AUTHOR (STBADMBSA), with much more to come!

He has a penchant for standing up for what he believes is right: Whether it be a hate crime thrust upon a 62-year-old father of two; or when a restaurant critic takes aim and bashes a small eatery for no discernible reason--the two examples don’t belong in the same sentence.

He’s confident his memoir will strike several chords with readers. It’s much larger than Lindsay. He is also confident readers will run a gamut of emotions--and when they find themselves drifting into darkness, the lights will come on, making living transparent once again.

The publishing journey was eye-popping. He’s glad trying to query his way into the hearts of the ever-changing PUBLISHING LANDSCAPE are in the rear view mirror. He’s tired of trying to prove he has the credentials to write his story—who else could: a celebrity?

He's schooled Fox Mulder at basketball, met Robert Downey Jr in a bar in Seattle (vaulted), had lunch with The Thing; and, he's literally brushed past the Dali Lama.

He’d like to thank you for taking some of your valuable time to peruse this site. He truly believes we can make the world a better place if we open the windows into our lives and share. After all, cher, is in the middle of his last name.

Upon release, he hopes everyone enjoys his book. He would love you to purchase a copy. Purchasing is the best way to enjoy. He knows there is no other read like it!

I HAVE WORKED AS (THOSE I REMEMBER) 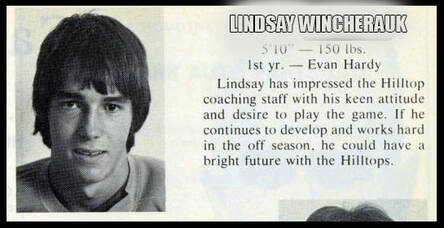