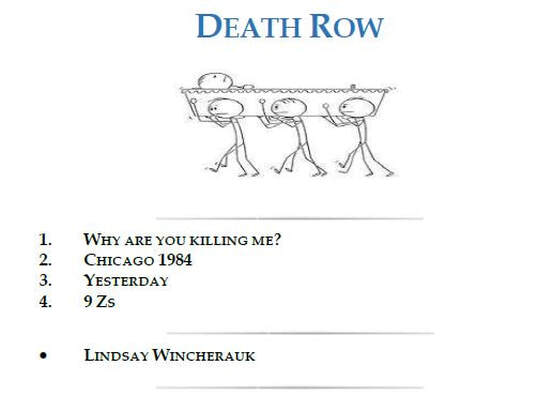 more cure
Welcome to the story of my life.

I penned my story in two months in one-take, commencing in April 2006, after a publisher at a “Sell Your Story Forum” in Vancouver requested to see my book. My dear friend Wes persuaded me to pitch my life story at the event. I was astonished to attract the attention of the panel of critics and the audience. I must admit, my pitch was pretty good: “How often does a man discover, sixteen years after putting both his parents to rest in their graves, that they weren’t his parents after all!”

And that wasn’t even the most shocking part of my story.

My manuscript notes at the time consisted of 160 words scribbled in a travel diary my good friend Dave had given me before we headed on an Epic 31 Day Escape to Europe in 2003. The year my world was rocked when I discovered the truth about my identity.

I wrote the story in a fever of excitement, letting bits and pieces fly from keyboard onto the screen. Skits from bar scenes, hotels, and wild characters we met in our travels got mixed in with the story about my “dark family secret.” I titled my book Russians Clowns & Drag Queens - Seed’s Identity Tour. I thought this title, like the trip, was Epic! I printed out a copy of my manuscript, put it in an envelope. I became overwhelmed with a sense of great accomplishment. I mailed my manuscript to the publisher. It was politely rejected.

The rejection stung. I lost sight of the fact that my manuscript had been REQUESTED by a publisher - a word every author longs to hear. So instead of reworking my one-take-manuscript, I did what many an author drowning in insecurity would do: I decided to write a different book.

I needed a concept. For some unknown reason, the name Ed sprang to mind and gave me a wild idea for a book. My idea was to mail a series of bizarre, mostly comedic, letters to a roster of randomly chosen people in North America, all named Ed: seven Ed’s and one Ellen, Ellen DeGeneres.

In the letters I would ask their help with solving trivial or absurd problems, like how to fix the weather. Writing these letters to Ed gave me a way to avoid the risk of opening myself to judgement by revealing the truth about my life. I figured twenty or so odd letters could turn into a, cutting-edge, chortle-worthy, deliciously original book.

Over the next few days, I cranked out the first batch of letters and sent them to my roster of Ed’s. I signed the letters with the name “Seed,” a nickname my friends had given me. I sent the letters without a return address; the letter to Ellen probably died in her gatekeeper’s trash bin.

On the day I started typing the next round of letters to Ed, everything suddenly changed. That dreary Monday morning, I had watched a man die in a car accident on my way to work. Part of my job involved driving construction workers to job sites for a labour agency. On my first drive of the day, I transported a suicidal tool-belt-equipped carpenter to his job. He frightened me by confessing his plan to commit suicide if his life didn’t magically turn around by his birthday, a mere few weeks away.

I tried to help him get to the root of his problems, but to no avail. This man’s downward spiral blasted a light on in my mind. Hearing his story made me realize that I desperately needed to tell my own story. I knew it was crucial to return to my jettisoned manuscript and delve into my past to piece together the missing parts of myself. My early family life haunted me now more than ever.

That night I began revising my original manuscript. Much like my life, my book was chaotic – totally out of order. Writing down random memories enabled me to do exactly what I needed to do to survive! After my foundation collapsed, I needed to find a way to express my emotions. Most important, I needed to redefine who I was by looking at what I once thought was true and making sense of what it had become.

While I was working on my memoir, my life didn’t stop. Every day new discoveries lay around each corner, discoveries that needed a place in the manuscript. So, the story of my past and present life got mixed together. Ed took on a new role as my friend and confidant. I began to write to Ed about what was going on in my life while sorting through the pieces of my manuscript. The letters found their way into my book in Chapter 1. I also pasted family letters, comic skits and opinion editorials into my story as I struggled to make sense of it all. Clipping together these pieces of my life allowed the manuscript to morph into a book that was still scattered but more cohesive.

The years drifted by, but I never gave up on my book. In 2014 I was invited to attend a publisher’s workshop in Vancouver with six other authors. When I presented my story, the group was riveted. The consensus: “powerful voice” and “an important story to share.”
​
After the workshop I was ready to put the final polish on my story – or so I thought. Regardless of the powerful content of my story, everyone who read my manuscript said that it lacked focus. In my defence, I was fond of quoting a line from Senior Edward Bloom (in the movie Big Fish):
My memoir was definitely interesting – but too chaotic.
​
I was referred to the editor Kendra Langeteig, based in Bellingham, Washington, just a short hop from Vancouver. I was lucky to find an editor who appreciated what I was trying to do by writing my memoir in such an unconventional way. When I began to write my memoir I wasn’t aiming for a traditional narrative. My life was far from traditional.
“Disruptive” - the word delighted me!  Kendra understood why I didn’t want to tell my story straight, but “with a twist.”

With Kendra’s help and encouragement, another light went on. I found a way to play with my timeline and splice together scenes from different parts of my life. I also wanted my reader to be involved in the process of constructing my story. Ed plays that role in my “Letters to Ed.” After serving as my confidant in Chapter 1, he drifts away and morphs into Every Reader. When you enter Chapter 2, “Foundation,” Ed essentially becomes You the reader!

The wild and crazy story I tell in this book – The truth that set me free – is more than the story of my own life. It is LARGER than me. It will resonate with every reader who has ever faced a big identity challenge. As much as this story is about me, it is also about Everyone. My story is about surviving as the underdog. It’s about being dealt cards filled with trauma. It is about falling to the depths of despair when discovering a life-shattering truth about yourself, and rising up like a new person, cleansed and stronger than ever.

I believe that with every step in life we arrive at two doors. The door on the left leads downward into misery. The door on the right leads to happiness. Maybe we are destined to pick the doors we pick. My life lessons have taught me that I have a choice. I could have chosen to continue spiralling downward, losing myself in misery, dragging everyone in my path down with me. But I chose the door on the right.

We all have the choice as to the path we decide to take. The way I see things now, I was extremely lucky. I got a chance to find out the truth about who I am and make a fresh start in life, a second chance.

To live a life that’s true to who you are takes courage.

I hope that my story shines a light into your own life. Even though the cards we’re dealt in life may be very different, by sharing the stories we collect while traveling down life’s highways, we see that underneath it all, we share a common bond.

None of us are ever truly alone!