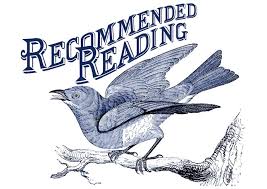 The Little Old Lady Behaving Badly — is an enjoyable, easy read, mirroring what it might be like if Matlock + a friend, met the Golden Girls; and decided to become Team Robin (unisex) Hood to rob from the shady and give to the underappreciated.

The words above are the descriptors on the cover of Lost Girls—each one deserved whole-heartedly. Lost Girls is an incredibly well-crafted whodunit—opening hearts + minds to the perils of sex-trade-workers. The book is disconcerting. I picked it up because 100 Notable Books virtually screams out: MUST READ!

I began to read. I was captivated. The praise is accurate—however, at about the half-way mark, my mind wandered—why am I reading this book?

I know the ending “unsolved.” The more I read, the more I felt like I had stepped into an episode of Dateline or 48 Hours. The more I read, the sadder I became. The thing is: on the one hand, as much as shedding light on the tragedies that befell the lost women (girls) in the story as they all struggled to find love—and survive their at-times crappy life cards, is important. On the other, there is already enough noise and heartbreak in the world—carrying the weight of more—I am not sure if it is healthy. The news bombards us with misery 24/7—if you do not find a way to turn it off.

In that spirit: who’s the audience for this horrifically disturbing story—I am not sure—because with the last word read and the book closing, I felt a darkness I had never felt before.

Review, coming soon, really soon, no really; I wouldn’t lie. Not that you'd have a reason to doubt my words.
Do you doubt them?

Maybe, I've lost the smart George (Saunders – The Tenth of December) inspired me to find.

Maybe, I've never had it.

I did, bump my head 3-times in the past 24-hours. Pavlov was following me. After my head, my shin took a bit of a beating.
I swore like a spereouces mutant.

You may have figured, probably not; I don't like the pages of my website to be unbalanced. If you did, what are you on; and more important, why have you read this far on a review of a yet to be read book, about fitness?

I'm looking forward to reading THE BIG BOOK OF. I hope it suggests tripping down to the BIG SUPPLEMENT STORE and buying a couple of ounces of WHEY or some muscle building shit.

Maybe a Semplica Girl could tag along with me. Maybe, my favourite word it seems, she would fall in love with me. Too bad for her, I'm already in love.
​
Anyway, I'm going to ask MR. SUPPLEMENT to put my powder in the LARGEST CONTAINER possible.

WHEN TO ROB A BANK

An afternoon with this book just might transform you into the most avoided person in the room..

I picked up this book because of the title. I was excited to read it. I wanted to love it. I made a mistake. I found FREAKONOMICS lying around the house, hmm... same authors. I cracked it open. I didn’t love it. I liked it — maybe because I felt I was supposed to, the cover did after all tell me to “be prepared to be dazzled.” I’m sure many readers were.

WHEN TO ROB A BANK carries on down the same road as FREAKONOMICS: Economists taking the human element out of living turning it into a numerical entity, and in the process...

...missing what life is all about, being human.

The theories of the Author’s are at times compelling — no, not compelling, somewhat interesting, at best.  How can I say that: 7-million copies sold, tell me: I don’t know much?

I like numbers, maybe love, but sometimes my OCD need to quote statistics may actually bore the crap out of anyone I spew them at, so I refrain. That’s the challenge with number lovers: they believe they are living in the world of non-fiction when actually they are writing fiction that will only turn into ‘NON’ if their predictions end up ringing true.

There is no doubt: Dubner + Levitt are brilliant analytical minds. Without question: they can write. And definitely: there is a large audience for their words. As for me, I found the book to be somewhat tedious, and since it is not about any individual’s life, the material can quickly become dated; the half-life, short. The book came out in 2015 — I finished it in 2017 — maybe I missed the prime reading window.

What I did find with WHEN TO ROB... unlike FREAKONOMICS, the material was broken into sections. This made it a difficult read. If a section didn’t grab my interest it was laborious to read. I READ ON. It felt like the waning interest of Year 3 of University as opposed to the excitement of Year 1.

I was going to give the book only 3 Stars — because it happens to have the odd delightful moment. That all changed when I hit Chapter 11: Kaleidoscopia. This is when, for me, the book became interesting. Instead of the organized chapters, it flowed freely. If I didn’t like a theory, not to worry, like a song on the radio, wait 3 or 4 minutes, and a new one would play, in this case: a few pages later. I found this to be far more enjoyable than the organized first 10 Chapters. But, still, this only brought my rating up to a 4.

Then, right near the end, Mr Levitt shared a heart-wrenching story: When a Daughter Dies. Immediately, this raised my rating to 4.5 — well above 5 for this section. Mr Levitt took the economist out of being an economist by sharing something immensely powerful and personal. I thank him for sharing.

Writing “well above 5” makes me feel like a bit of a... anyway, thanks again, for sharing.

It's like the excitement of starting school for the first time, but halfway through, you can't wait for it to end...

I liked FREAKONOMICS. At first I thought I would love it, mostly because it turned on my thinking cap; however, the more I read, the more I realized it wasn’t really saying anything logic wouldn’t open one’s mind to if they thought about the subject matter in the first place.

The cover says “Prepare to be dazzled.”

The authors claim there is no unifying theme in the book.
​
Well, on the first point, like I said a few paragraphs ago, I was dazzled — for a while -- my mind was open wide. OMG crime dropped 17 years after Rove vs. Wade because a generation of unwanted children was not born. It goes on to extrapolate that unwanted children born to mostly poor, somewhat uneducated, single mothers, were more likely to commit crimes than those born into stable families. Although the topic is controversial, and the authors admit that they only state the economic and social realities of the equation, a logical mind would easily come to the conclusion oneself if they were to think about it; therefore, dazzled... not really
I could go on about the other topics discussed in the book such as; gang hierarchy when it comes to the inner city (Chicago) drug trade; the discussion on whether Real Estate Agents work in our best interests; how when teachers are given bonuses for Standardized Testing Scores, if their students score high -- do they cheat? And, the economic ramifications of having a non-white name, but I won’t -- I think this paragraph goes a long way to highlight the unifying theme of the book: The socioeconomic gap between race and culture.

Interesting subject matter — but not dazzling.

Having said that, I enjoyed the book, for the most part, I found it to be a good read. I loved the section where the authors talk about life being a tournament... I suggest you read the book to find the wisdom and life lesson for yourself!
​
In conclusion: I’m glad went to class. But in the end, I was happy my schooling ended.