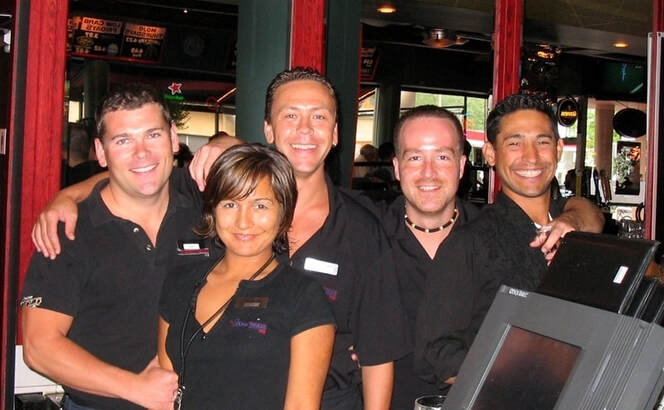 Broken, confused, lost, shattered—thick fog rolls through my apartment, clouding everything. I don’t know what to do, what to say; how to be? I’m breathless.

I woke up every hour last night with tears pouring from my eyes. It feels like my chest was ripped open and a large portion of my heart and soul was pulled out leaving a void filled with emptiness.

I hate the word was.

A tear rolls down over my cheek.

Scotty was the definition of unconditional.

Scotty’s life wasn’t easy. He suffered a profoundly devastating loss when he lived in Florida. A loss that caused him to struggle opening up and letting + accepting love into his life. Like many of us, Scotty was broken + vulnerable—with the loss from his past haunting him.

But what Scotty did with ease was let all of us know we mattered and were loved. He said it to us daily.

The Fountainhead was Scotty’s stage. He orchestrated it with precision. He’d bring those from Europe and Barclay Street together in conversation, ensuring everyone in his presence felt less alone. Every guest who entered the pub became part of his family, he made damn sure to personalize their visits.

He had no time for the petty childish feuds of his regulars, he cared for each of us individually.

Occasionally, Scotty would sit down with us and let the vulnerability of his past seep out. In those moments, the respect and love for him grew exponentially. At times he even let some of us view his art or listen to a song he had written, allowing his depth of character to shine through.

For the last 17-years, Scotty and I planned to play tennis twice a week each summer—I think we only managed to play three times. I cry as I type this.

About a month ago, a man collapsed on the floor of the pub beside the table I was sitting at. Scotty came to his aid. The man told Scotty he struggled with alcohol, and he thought he was having a heart attack. Scotty, with the utmost tenderness and love, made sure the man knew he mattered and was loved, allowing him to hold on to his dignity and pride.

Scotty Larin died. I’m breathless. He effortlessly let us all know we are loved.

Scotty will never leave us—he will join the others we’ve lost filling the void, and every now and then he will let us know we matter, and we are loved.

Scotty will never be gone. If he can hear us and I know he can. We love you. You matter. Thank you for being you.

Next summer, I’m going to book a tennis court twice every week. 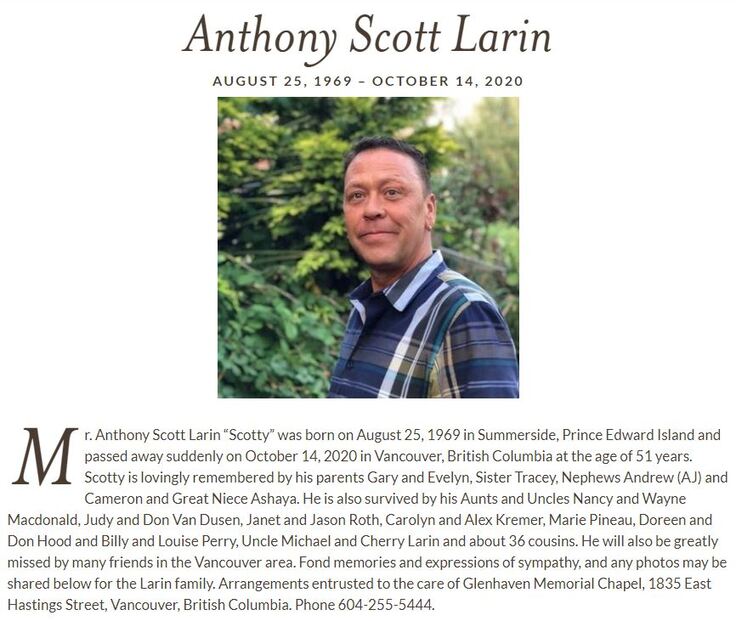 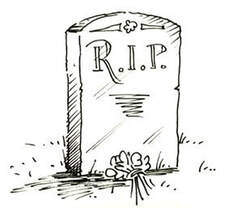