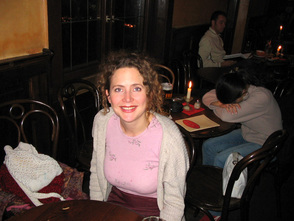 Where do I stand on plastic surgery?

The mental exertion required to answer this important question will surely leave me enervated.

Boob – tits - high beams – hooters - d-cups - fun bags – lactation - every hot blooded man would ache with excitement for an opportunity to advise women on what they need to do with their knockers.

I know CSD you are not necessarily talking about breast implants; however, after reading between the lines and seeing your picture I came to the conclusion that was the true intention of your query. Therefore, that is the course my answer will follow, hopefully with style and grace. And, of course: a little titillation.

CSD what the hell do you need implants for? You’re a hot young woman.

I’m ecstatic that you agree with most of my strong thrusting opinions. I’m more elated that you’ve taken the time to read them. After all I don’t want everyone to agree, I really prefer people to think for themselves and draw their own conclusion. Cause in the grand scheme of things if all we do is agreey, agreey (the previous word is not a real word) thingy, then what would be the point of all of us existing?

Please think for yourself!
To get to the meat of your question: boobs are really, really neat. They are fun to look at. They are fun to tweak. They are fun to watch go bouncy - bouncy when you run. They are fun to cuddle with. For us guys and you gals too - they are one of the first places we clamp onto when we are brought into this world. They provide us with both comfort and nourishment. For most guys the obsession starts with the first suckle and continues throughout our lives.
It is virtually impossible to write about boobs and sound intelligent.
For others life sends them south to different more hairy pastures. Not that there is anything wrong with that. If that’s the way you’re wired - that’s the way you’re wired.

For most women they represent a commonality with the sisterhood. Something to be explored and talked about during pillow fights, something to control the minds and nether regions of us weak-kneed men.

For others, they tend to linger. Mommy tries to pry their sultry lips away, but she can’t. Their precious angels keep coming back for more and more; a tweak, a caress; and a suckle. 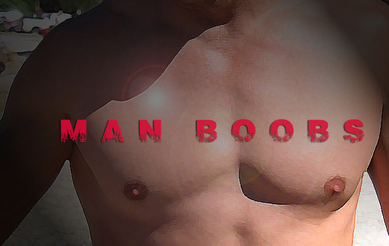 “No. I love softball, soccer and you. Please let me stay. I beg of you.”
The above dialogue is entirely fictitious and is meant to illustrate a possible starting point for lesbianism. Not all lesbians play softball or soccer. They may. However, I’m pretty sure that they are a mixed bag like all humans. I’m also pretty sure they have a variety of interests scanning all aspects of life. The one thing I’m certain of is that they love your boobs. Not that there is anything wrong with that.

As for my stance: frankly I don’t get it, sure I love breasts. I love the human body. I can’t possibly understand what it is like to be a woman. Guys have it simple, for us competition comes in the form of sports, business, and in the current state of the world, war (it never changes). Since the beginning of time we’ve been the hunter and provider.

For the fairer sex, life seemed to be more about the softer aspects of life: child-birth, nurturing, maintaining a home and providing emotional support. What a friggen hell that must be: taking care of our simple minds and over developed egos.

Throw into the equation "equality" and how the hell, are women supposed to cope?

On one hand you still have to give birth, nurture, and provide comfort.

On the other: you’ve now entered the business arena in search of independence and equality.

The thing is: none of us can ever truly be equal, or independent for that matter. We need each other. That is what this big mess of living is all about, finding someone to complement you; or me for that matter, I truly believe that this equality we are all so desperately trying to achieve really relates to couples. Be it straight, gay or any other combination. Each partner provides strengths and weaknesses to the relationship equation and if it is the right combination it will balance out and create a harmonious existence.

That brings us back to your tits. My opinion is: don’t alter them. I’m sure they are beautiful just the way they are. If you’d like: I could take a peek at them for you. Any guy who isn’t a big prick would be lucky to be able to gently caress and fondle them. I sincerely mean that. Like I said I can’t imagine what it would be like to be a woman; however, it really is not worth the effort to alter nature in attempts to win over some asshole.

I like looking at fake hooters… but, and this is a big but, for me I wouldn’t be interested in a woman who got a boob job… unless they were to get a brain job to adjust for their mental shortcomings.

Looks and life are ephemeral. That is until medical research adds another gazillion years to our lifespan. Even though I’m not sure we are supposed to be messing with our appearances for vanity reasons. It saddens me that so much emphasis is placed upon appearance. It’s time to change course and say fuck it. Don’t you think?

CSD I know you’ll do whatever you feel. That is a good thing. And, if you’ve got it in your head to get some “work” done, you’re likely looking for someone to give you encouragement and support your decision. You’ll likely disregard those who don’t. I’m not going to be the one who says: go ahead, alter yourself. I think that if you do you will be making a mistake and even if you catch the eye of whoever you’re looking for it will be a shallow, superficial victory.

Being a 10 might open doors for you; however, being a 10 of heart, mind and soul, is of far greater intrinsic value. Unfortunately, often with looks comes shallowness and the pursuit of beauty can leave one empty. So, yes, it does matter if you pay to get that way. If you pay - in my opinion you are nothing more than a fraud.

As for telling your suitors of the “work” you’ve had done. Well that is entirely up to you. If you’ve had a boob job and he can’t figure it out for himself: where are you trolling for your Neanderthals?

The point is: it is your life and your past, what you choose to reveal is your business.

Finally, I’m sure you were being silly when you spoke of your firstborn, last time I checked: plastic surgery doesn’t alter genetics.

Nevertheless, you bring up a good point: If one spends the big dough to go from troll to swan and then chooses to have children, instead of setting aside an educational fund for their offspring it may be necessary to set aside a surgery fund. Just think of the fantastic fucking message surgery sends to the kids, may as well start them off with illusions and lies.

What a ridiculous time we live in.

I’ve just about exhausted my keystrokes on this one… Boobs – boobs – boobs - boobs - boobs…  I am just about to switch from key to another kind of stroking, soon; just kidding.
I’m going to leave you with a little story. As much as I think that alteration for vanity reasons is ludicrous, I do believe that there are instances where it may be necessary. After all we’ve evolved as a society and part of the evolution is medical advances; accident and assault victims spring to mind.

A good friend of mine had met a saucy little vixen from Seattle recently. He explained to me how their night turned into morning and with morning came passion. In this case, the passion turned to sex. In great exhaustive detail, he painted a picture of nudity and contorting bodies. His descriptions left little to the imagination. Seconds of bliss, turned to minutes and eventually turned into hours. Climax followed by respite was repeated in endless cycles of pleasure. Until…..until as he so aptly described his guest Jo Jo (name has been changed to protect her identity. Her real name is Joann_) was nearing release.

Next - during the heat of the moment, while in the throes of passion: CHOMP. My friend explained a penile vice was attached that was nearing the land of Bobbit. His screams were apparently so loud that every tenant on each of the 17 floors of his building must’ve heard them. He screamed repeatedly: STOP BITING! He told me she looked hot, flustered, dazed and confused, all at the same time.

Finally, she unclamped, he said. A tooth halo had formed around his junk. The skin was broken.

When he shared his ordeal, I was slightly disturbed.

“Ok, how about next Tuesday?”

“Sure, that will work for me.”

I hoped it would heal by Tuesday.
The point is: fake boobs won’t make you a better person.

In my friend's instance, if the clamp wasn’t released and he lost his tally-whacker, I believe plastic surgery would make perfect sense.

My question to you: re-attach or gender change?

THE SEED
SEED'S SKETCHY RELATIONSHIP THEORIES
​A GUIDE TO THE PERILS OF DATING
(how not to become a bar regular)
BOSOM BLUES was asked & answered on February 20th 2006 – since that date I am happy to say the evolution of Seed has continued, as have his (my) writing skills – the version you have just digested is the original unedited version – if you fire a question Seed’s way he will attempt to answer with the same honest candor.
JUMBLED CONUNDRUM